Halka, a show set to music by Xavier Collet (Ikoo) 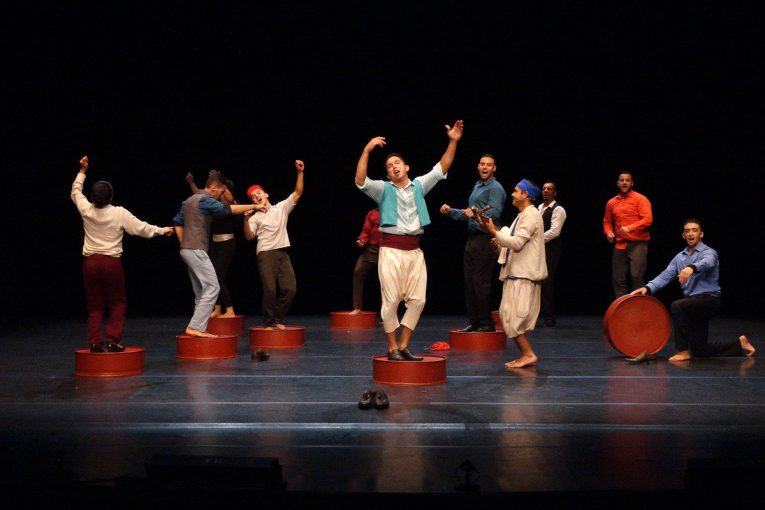 Halka is an acrobatic show devised by the Groupe Acrobatique de Tanger. The 14 acrobats and musicians in the Groupe founded the troupe to highlight and share the Moroccan heritage. Halka, or “the energy of the circle” in Arabic, takes center stage in this collective work, which was directed by Abdeliazide Senhadji, the founder of Compagnie XY, Airelle Caen and Boutaïna El Fekkak.

Xavier Collet (Ikoo) worked closely with the Groupe to write the original music to the show. His composition draw an electric universe which contrast with the Berber music performed on stage by 2 musicians of the company. It shows the tension of a city between two seas and two continents, between the preservation of its tradition and the call of modernity: Tanger.

The Groupe is currently performing in Lyon at the Festival de La Biennale de Lyon. until September 23, and you can also catch the show at the La Villette venue in Paris from September 28 to October 16, 2016. Book your ticket now for those dates at this address. The Groupe will then tour around 20 towns and cities in France until April 2017 including Auch, Dole, Annecy, Moissac and Marseille and will also perform in Morocco in March.